“When typography is on point, words become images.” ― Shawn Lukas

Choosing the right font for your project, be it a blog, a poster, a website or a business card, determines how your design is going to be perceived.

Likewise, an unsuitable font changes what the meaning of all that you wish to convey.

So, even if the typography is  merely 15% of your design, it plays a major role in how your design is perceived overall.

How to Select a Suitable T For Your Project

There are a number of typefaces that are available in the market. Understanding each and every one of them might take ages. But  a general idea about them can help one diversify their design and make them more appealing.

Here is the general categorization of typefaces:

These are the classic typefaces, which are called so because of the small feet that fall of from the top and bottom of the letterforms.

These are more emphatic versions of the serif typeface, which rose to prominence in the 19th century. Their main purpose is to shout the idea from a good distance. Hence, they are primarily used in billboards, banners and pamphlets.

These are the typefaces which lack the foot coming out of the top and bottom of the letterforms.

These typefaces which are made in such a way that they mimic cursive handwriting. These fonts are further divided into two more categories — formal and casual.

Display typefaces have more eccentric and variable designs as compared to any other typeface. They are mainly meant for headings rather than body  texts.

At the same time, one must keep two random contrasting typefaces together. They should contrast but also they should complement each other. If the combination can coexist harmoniously, then your selection is apt.

3. Use of “Fonts With Personality” in Limit

From time to time, we need fonts that shape the personality of the project, that X factor, that will make the project stand out in the herd. And this is where display typefaces must be used. However, overusing them can take away their charm. So, be rational with their dosage.

Choosing a font is just half the task.  Post that, one must work towards making the font fit in the whole design. This is where the knowledge of certain typography concepts comes handy.

Here are some of these concepts.

Kerning is the process of adjusting the spaces between the characters in a proportional font, usually to achieve a visually appealing result. Kerning can make certain combinations of characters, such as MW, WA, TA, VA etc, more readable.

Tracking is much similar to kerning. It is adjusting the spacing between the individual characters. Tracking is usually used to make lines equal, remove hyphenation or orphans from paragraphs.

As the name suggests, word spacing is the process of adjusting the space between the words. This property can be used to adjust the words in a specific amount of space.

Typographical hierarchy is a system for organizing typefaces such that it establishes an order of importance within the data, allowing the reader to easily find what they are looking for and navigate the content.

This can be done in various ways.

One can play around with the size and weight or just highlight the text with a different to show hierarchy. Even the positioning of the content can reflect the hierarchy. While you can use a combination of these to show hierarchy, don’t use them all at once lest you will create a mess.

Typography clears the clutter. What message you say is important, how you say the message is crucial, but how your message looks supreme. Always remember what the great German type designer, Hermann Zapf said;

“Typography is two dimensional architecture, based on experience & imagination and guided by the rules of readability” 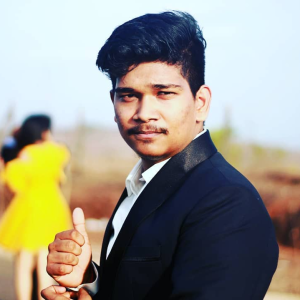 I'm a graphic designer at Ghaas.

This site uses Akismet to reduce spam. Learn how your comment data is processed.